Language always carries with it a degree of uncertainty. You’re comfortable on your own street, within the bounds of what you know: the houses, the people, the turns, the yard with the noisy dog. Beyond your street you might know the grid of the streets, how to navigate from one place to the next. Beyond the city edge, you might know how to get to another city, although you might need a map. You might venture into new territory, a walk into the bush. You might get lost. And if you walk far enough, you’ll hit the ocean.

At high school I felt paralysed by language, painfully aware of saying the wrong thing, which unfortunately could doom you to weeks, months, years of mockery. When I lived in Japan I was aware of my limited language skills in the beginning, but I was more curious than afraid. I would wonder: What kind of person do I come across as to my Japanese friends? A goofy simpleton speaking in childish, clipped phrases, lacking the advanced language skills of tact and subtly? Now, as I watch the vocabulary of my own children grow, I’m delighted to see them emboldened by their language experimentation. I love that they’ll take a punt at almost any combination of the phrases at their disposal. With not a care in the world of any wildly inappropriate connotations that might ensue.

This is a collection of moments where my children or I have pushed close to or beyond the boundaries of our own language. Into the wild.

I was a bookish teenager and sometimes I’d blurt out a word not from the typical high school lexicon – from an old novel, perhaps – and immediately regret it. One day a guy I’ll call Charles, who could be exceptionally nasty, had me cornered in the common room, hassling me for laughing the wrong way.

Charles was a really smart guy. To have a word he didn’t know thrown at him sent him into a rage. He snatched a dictionary off a shelf and started skimming through the pages. A guy in my year, Mark, came over to witness this dark crossword game.

The word Charles found in the dictionary was cretonne, which means “a heavy cotton fabric, typically with a floral pattern printed on one or both sides, used for upholstery”. He glared at me.

“Oh is that right, [horrible nickname redacted]? Am I a roll of cotton? Nice comeback!” said Charles.

“Shut up Mark! [Horrible nickname redacted] here thinks that I am a roll of cotton!” said Charles, now delighted.

There’s a Streetfighter arcade machine at our wonderful local coffee roastery, Dark Horse. Last year we were there with our daughter Ida having a coffee, while the Streetfighter demo played in the background. I haven’t played the game much, but I know that one of the signature fighters is a guy named Ryu, who wears a white gi and red headband. Ryu has a special move where he jumps and does a spin kick over and over, saying what I’ve always heard as “a duck duck doogan”.

Ida went over to have a play of the game. She didn’t have any money to put into it, but was happy to hold the joystick and mash the buttons.

We went back to our coffees, but then noticed Ida was jumping up and down. I could see Ryu on screen over her shoulder.

An old man waiting for his coffee walked over to me, and I thought I was about to be scolded for having a rowdy child.

But he just smiled and said: “I think she’s killed the white man.” 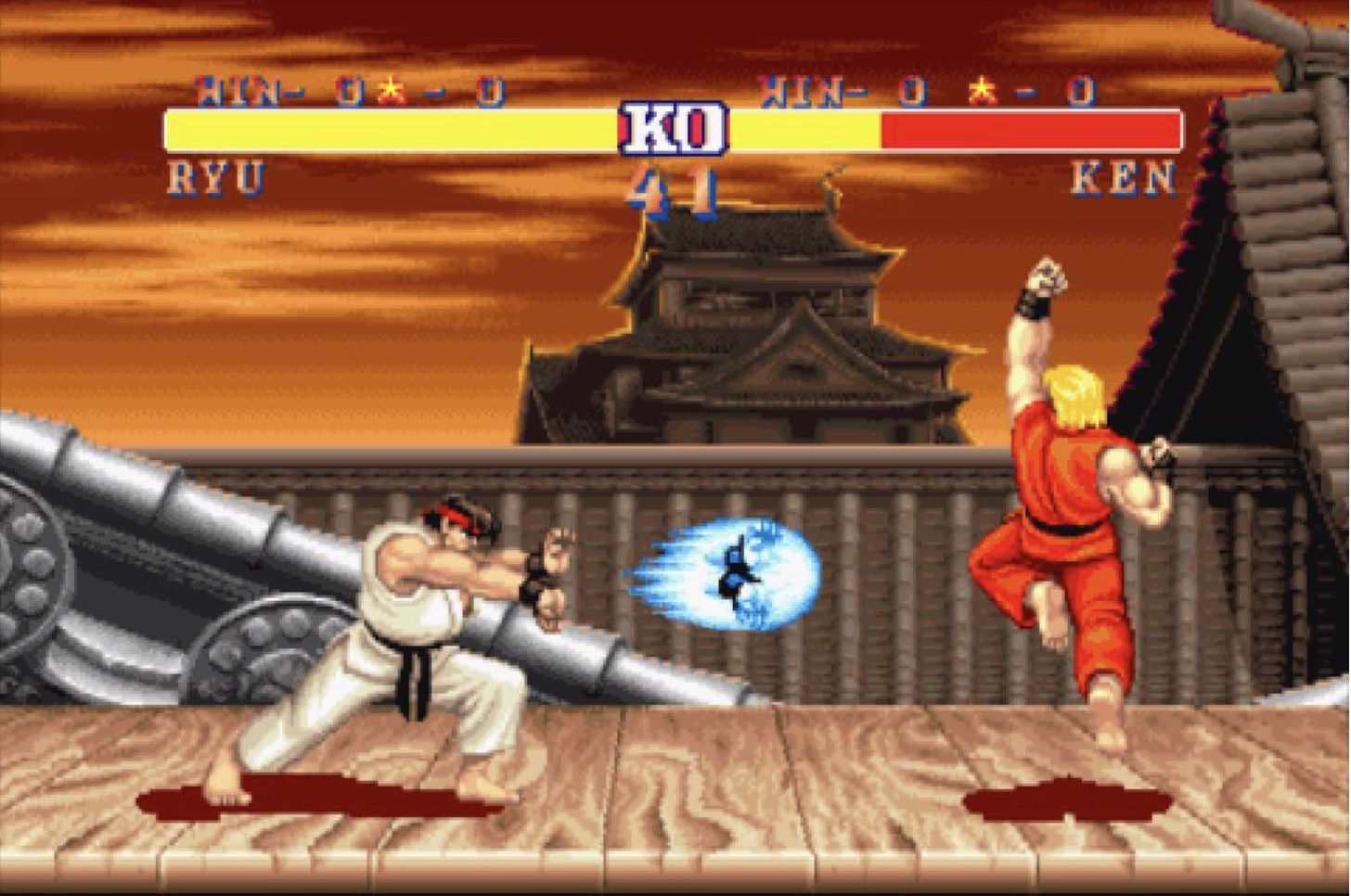 In my first year of university I lived in a hostel called Weir House. One day the hostel ran a treasure hunt where you had to form groups and pursue a set of clues around Wellington. The other groups were all getting ready to run it, donning sneakers and running gear, stretching; but some friends from my floor (Chris, George, Trofim and James) and I planned to use Trofim’s Nissan Funtop instead. We hadn’t seen that it was against the rules, but just to be sure: we didn’t ask, we didn’t tell anyone, and we planned to leave last, once everyone was gone.

The hostel had supplied each group with a bunch of bananas. We each grabbed one from our bunch, while we waited for the other groups to leave.

Chris took a banana and put it to his ear like it was a walkie-talkie.

“We are approaching the drop-off point. Over.”

This sparked a wave of banana-comm improv. The crescendo of walkie-talkie gags was just fading when I piped up.

Chris snatched the banana out of my hand, shook it, and held it to his ear.

“Looks like Richie’s banana is a little green,” he said, deadpan, locking eyes with me.

I’m not sure any line since has made me wilt more.

It was autumn in Japan. I had an action-packed lesson ready for one of my kindergarten classes. We said our greetings and I’d just explained the first game.

“Minna, shirisou?” I said. This was a construction I’d recently learned: adding “sou” to the end of a verb or adjective to indicate “looks like”. Looks like it’s cold. Looks like fun. Looks like you understand. I thought I’d said something to the effect of: “Looks like everyone knows what to do?”

But their little smiles disappeared. Their teacher, standing at the back, quickly jumped in with a translation correction.

“Shitte isou” the teacher said. That meant something more like: “It looks like you all know what to do”.

The teacher gave me this look that roughly translated to: what the actual fuck.

I realised it might have sounded like “shinisou”: “It looks like you’re all going to die.” This lesson is going to be a blast. You’re going to have so much fun.

On that occasion, maybe (at best) I merely came across as an idiot, someone who says wildly inappropriate things, then retracts them afterwards. But a few months later, talking to my friend Kana over Skype one evening, I came across as something much worse.

I could hear some faint music in the background at Kana’s place, so I smiled and said: “Nani o kiteru?” What are you listening to?

Kana was quiet for a long time. Too long.

It was the long i sound, I realised after the call. That’s the difference between asking someone “What are you listening to?” and… “What are you wearing?”