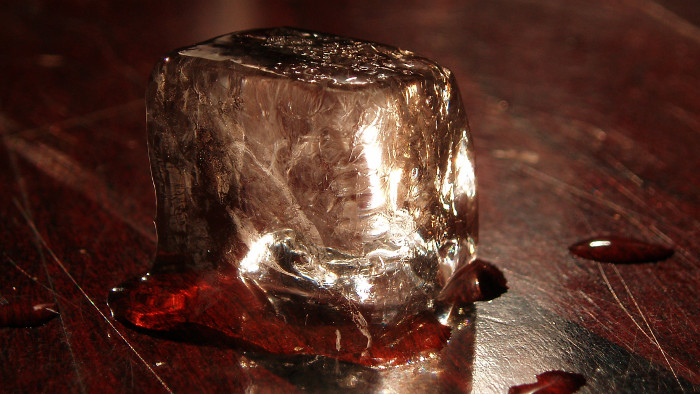 Matsui-sensei blinked and wiped the sweat from his eyes. His curly hair frizzed in the humidity. He wrestled to half-tuck his shirt over his belly as he introduced himself as my team-teaching associate. During our first brief exchange we discussed my predecessor, Carol: “She had initiative,” he said. This translated to “She did all the work—as will you.”

Getting along with colleagues can be fraught with angst, least not when you start work in a small town in southern Japan. The team-teaching relationship negotiated by foreign teachers who go to Japan to teach English—hopeful educators or lost souls in professional limbo—is full of cultural turbulence. From the beginning it irked Matsui-sensei to speak English with me so much outside of the classroom. A good day to him was one where we didn’t talk. It was to be a three-year-long exercise in thawing work relationships with icy colleagues.

Matsui-sensei’s background was shrouded in mystery, mostly because in the beginning I couldn’t understand a word that anyone said in Japanese. Some said he might have become a manga artist instead of a teacher. He certainly knew how to use a pen—he was always hunched over his desk illustrating teaching resources, and they were incredible. He had a gruff, barky style in class, which was well received by his students. They saw it as I eventually came to see it: a façade, a role. He shook off loneliness by being perpetually surly.

There were times I felt he was making fun of me in class, but that might have been part of the act. I would explain something slowly in English to the students, annunciating the consonant sounds to oblivion, and he would add sarcastically in Japanese, “Ya get that?”

My tactic was simply to neutralise any ill-feeling with unwavering good cheer and professional diligence. I designed teaching resources and activities (games) from scratch—I was fond of puppets, magnets and dice—and conducted English class as a phantasmagorical game show. I hoped to counter the prevailing attitude that it was cool to be rubbish at English by making English class fun.

While the whizz-bang of it all bemused Matsui-sensei, as time went on he let slip the occasional whiff of approval. My outlandish interactive games sometimes collapsed into anarchy, but everyone laughed and sometimes I caught him enjoying himself. We were an odd teaching duo: the overzealous clown and the reluctant grouch. The times I succeeded in making Matsui-sensei laugh were unsurpassable triumphs.

It snowed outside, but a smouldering ember of resentment kept me warm to the core.

We regressed over the long winter months. A cold war raged between us—loneliness and persistent pharyngitis compelled me to pull my fickle obsessions close. When I lost my favourite 0.4 mm black ink-gel pen I got anxious; and when I noticed Matsui-sensei using an identical one I got angry. It snowed outside, but a smouldering ember of resentment kept me warm to the core. I spent entire days stewing over Matsui-sensei the pen thief. I imagined him gloating, basking in my fury. When the cherry blossoms bloomed and spring unfurled, I realised that he didn’t take it. It’s likely he spent the whole time thinking, I wonder if lunch will be any good?

Other teachers were a positive mediating influence. The P.E. teacher, Ishikawa-sensei, taught me the word for “avalanche” to describe the way Matsui-sensei's piles of papers would collapse onto my desk. We laughed when Ishikawa-sensei suggested in English that the muggy weather was “sultry” (he got it from the dictionary). Through Ishikawa-sensei I learned that not all conversations in Japanese were imbued with nobility and mysticism, as I had previously assumed. Once I had gained a decent level of Japanese comprehension, I understood that one of Ishikawa-sensei’s tales—told at a staff party against a backdrop of blue cigarette smoke—was about getting busted watching porn, twice: once, by a female colleague, ordering movies at a hotel room on a work trip; the second time, by an ex-student at the counter of an out-of-town DVD store.

By my third year, the working arrangement between Matsui-sensei and me was amicable. Then everything changed. After the staff shuffle-up that happens every year—where people randomly get transferred to other schools, kind of like a perverse roulette for public servants—a new teacher arrived. One of her duties was to conduct English classes with me. Her name was Kato-sensei, but she was known by other local foreign teachers as the Ice Queen.

Kato-sensei’s hair was tied back so tight the skin on her forehead threatened to split and spill her brains—which would be made out of sulphuric acid—on the desk in front of her.

Kato-sensei’s hair was tied back so tight the skin on her forehead threatened to split and spill her brains—which would be made out of sulphuric acid—on the desk in front of her. When I made a mistake in class she would issue a smile like the brittle curling of a razorblade. During classes Kato-sensei would stand in the corner, arms resolutely crossed, glare at me for forty-five minutes, and then scamper away on the first syllable of the bell ring. Every word spoken to me was laced with annoyance. No amount of friendliness and hard work on my part would soften her arctic outlook—she was immune. I forged on through sheer willpower, hoping my flagrant disregard for her demeanour would be the lemon to her eyes. They were dark times.

At the end of my third year it was time for me to leave Japan. Shortly before I left, Matsui-sensei mentioned going to a bath house together (where it is considered normal in Japan to hang about in the steam, naked, with your mates). The unfathomable awkwardness of this scenario guaranteed it would never happen, but I took the act of asking as a belated gesture of friendship.

Kato-sensei was charged with my formal goodbye in front of the staff. With a rehearsed smile she said “You’ve done so much for the school” and held out some flowers. Western etiquette would recommend a hug or a kiss in this situation—perhaps to entertain some proximity of the planes of our cheeks—but in this instance I was happy to take refuge in the Japanese custom of no formal touching. Look at me being gracious next to this horrible person, I beamed, as I received the flowers. See the triumph of my inner fortitude.

At the train station for the final farewell I received more gifts than I could carry, so I gave some to a friend to send to me in New Zealand. It looked like I was giving their gifts away to a stranger. Matsui-sensei pushed his way to the front of the crowd and blurted, “I have never worked with an assistant teacher better than you." He had worked with two, so essentially he was saying I was better than one other person, but it was a momentous thing for him to say. I was on the verge of tears. As the train pulled away, I looked back. Matsui-sensei blinked and wiped the tears from his eyes.