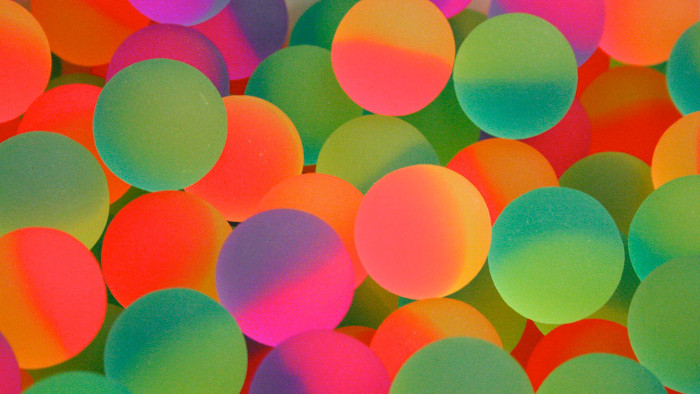 A while ago I was at the beach, where I mentioned to a friend of mine that I was considering a career change. He snorted and remarked, “What would you become? A rubbish collector?” He chortled at his own wit. I waited for the “But seriously…” and some lukewarm encouragement. It never came. Waves broke on the shore. Sand scuttled over our shoes. We kept on walking.

I knew from that moment I would make it happen. Thank you, my friend.

Our world is saturated with positive, optimistic messages designed to urge us in the right direction. You can do it. Reach for the stars. Realise your potential. Don’t get me wrong—it’s good to be positive. But over time the colour starts to leach out of these sentences like they’re photos from the seventies. The words become meaningless. We start to gag on them because they come to us prechewed. After our ten thousandth motivational catchphrase, the brain synapses that trade in positive messages look like bridges from medieval times: they’ve crumbled, they’re unusable, and people chip off pieces of them to view in museums.

When I was at high school, the ultimate line was “You can do anything you want” (an undeniably pure phrase, with good intentions). But being told you have no limits is paradoxically limiting—the vast ocean of choice swirling in front of you is paralysing. If you can literally do anything, where do you start? If I was to hear that line now I would be tempted to say thanks… for fucking nothing. My youthful enthusiasm and courtesy has waned, staled, crusted, splintered, and been patched up with used chewing gum; it has transformed into a motley, fickle form of cynicism.

Sometimes you need focus, not limitless choices. I took it all a bit too literally back then (I was what you could call a dumb smart person); when I left high school I actually tried to do everything. It took ages and it was really expensive. I am a trial-and-error kind of guy; a disciple of the hard way.

There is another classic phrase that occupies a special place in my heart, one which we often use to shield ourselves from the gnawing guilt of procrastination: “Good things take time.” Update: “Sometimes really shit things take even longer.”

Back at high school on a spring afternoon in the art room, some of my mates wanted to go to the local fair, and get drunk amongst the rides and gaudy carnival attractions. I wasn’t keen; I was wary of the consequences and I actually wanted to get my painting finished. One guy in particular felt I wasn’t taking advantage of my youth (or felt that he needed to vindicate his own choices by making me feel bad about mine), and he confronted me: “You’ve got to grab life by the balls.”

I never did grab them—life’s balls still dangle obscenely, ungrabbed. I didn’t erupt into the world, riding the “Now or never” panic train; I didn’t follow the “Shoot now and take questions later” ethos. And I haven’t really changed. I am still hesitant and cautious. I dip my toe in and go searching for warmer water. I hedge my bets. But this way is frowned upon. If you aren’t a life-ball-grabber you are made to feel guilty by other clichés that rasp at your sense of life urgency: He who hesitates is lost. Just do it. Opportunity only knocks once. Listen carefully—sometimes opportunity knocks softly. (Opportunity seems like a kid trying to get out of coming to your birthday party—they’re only knocking because their mum made them, but they secretly hope you won’t answer.)

Sometimes you don’t have to go all in, and you can still be awesome. Take a life lesson from the mincer—it slowly mashes meat through a grate, breaking it into more digestible hunks. Or perhaps adopt the slow, persistent approach of mildew on an aluminium sill—it just waits, calculates, gets ignored and forgotten, and then quietly takes control of the situation.

I have some new motivational marketing phrases: Don’t just do it. You don’t have to do anything. Options are limited.

Now go forth and be free.