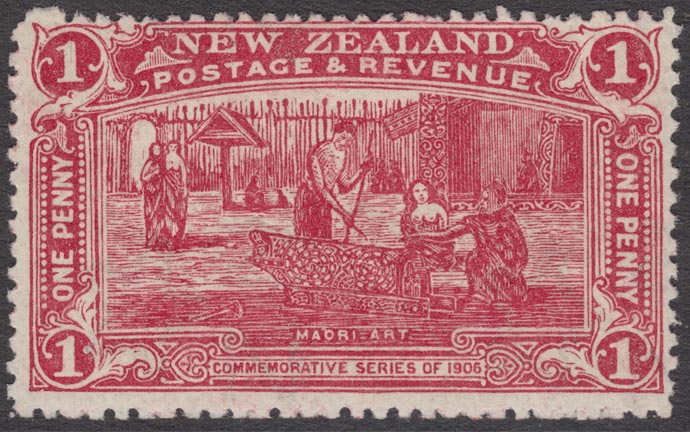 In 1964, two young renegades found a wallet containing £50 (“found” in the sense that they saw a couple drop it in their haste to shed their clothes and escape into some bushes). They promptly spent this small fortune: around £15 on lollies, and the rest on stamps. Those renegades, aged eight and nine, were my dad and my uncle, and that £35 stamp haul formed the bulk of a collection given to me as a teenager. It narrowly avoided destruction in the early ‘90s when my younger siblings mistook it for a colouring-in book.

A year after that collection’s inception, in 1965, 15-year-old stamp enthusiast John Mowbray was starting his own stamp business; the business now sells $3-4 million worth of stamps a year. Mowbray, managing director of Mowbray Collectables in Otaki, is a former president of both the International Federation of Stamp Dealers’ Associations, and the New Zealand Stamp Dealers association.

I sit at a coffee table while Mowbray flicks through my collection like it’s a magazine in a doctor’s waiting room. He doesn’t even look at every page, explaining he can ascertain pretty quickly whether it might contain something of value.

Mowbray has a finely-honed eye for stamps. Everything about Mowbray is sharp: his insight, his wit, his suit, even his nose. He’s a nice guy, too—he starts to apologise when the collection doesn’t appear to have any shining stars. It isn’t the gold mine I had hoped it might be. I do my best to appear grateful, like a child who doesn’t get the present they want. Then Mowbray pauses abruptly and turns back to a particular page…

Amongst the beautifully presented sections categorised by country, this page is nondescript and untitled: a philatelic ugly duckling. The stamps all depict a lighthouse on a stormy sea, in a range of colours. Three of the colours are a surprise: “They’re life insurance stamps, and they’re quite unusual,” Mowbray explains. “They’ve got a catalogue value of $390… It just shows you—you never know what comes in the door”. It’s nice to know there are a few gems in there, but obviously a stamp’s aesthetics isn’t what dictates its value. So what does? 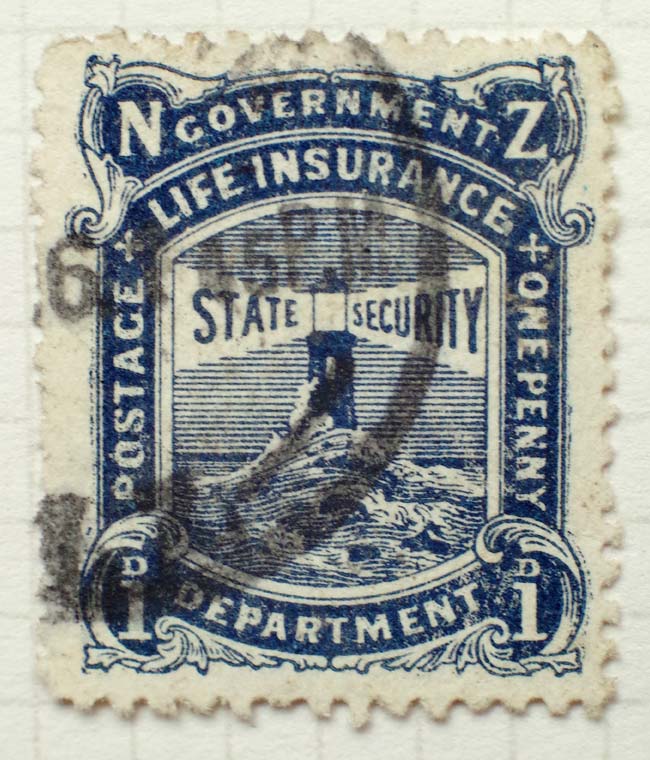 “A stamp’s value is created by supply and demand. A stamp can be scarce or rare, but if nobody wants it, it’s not worth much. Likewise, if a stamp is a very popular stamp and it’s difficult to get, it has value because more people are looking for it.” Rare flaws can make a stamp exceptionally valuable, and Mowbray has sold some notable examples: “The 1903 four-penny Lake Taupo with the centre inverted—we sold that for $125 000.” The buyer, in this case, was New Zealand Post. “We’ve also sold a 1918 24-cent inverted Jenny from the USA, which is a stamp that has the plane flying upside down—we sold that for $125 000.”

Conversation edges towards the impending postal apocalypse, as people lead increasingly digital lives and post less. New Zealand Post chief executive Brian Roche recently noted that “Kiwis posted 54 million fewer letters in the past year, contributing to a decline in letters revenue of $17 million.” Mail volume declines are accelerating, and NZ Post predicts that “within five years, mail volumes on current trends will be almost half what they were in 2002”. Research suggests only one percent of those under 45 consider physical mail an important mode of communication. Right now it’s the season for sending, but popular sending methods (such as couriers, prepaid packages and freepost envelopes) no longer require stamps. Are stamps—and their collectors—doomed?

Research suggests only one percent of those under 45 consider physical mail an important mode of communication.

Not really, is the short answer (for now, anyway). Collectors dig into the past for their treasure. Mowbray asserts that “If you’re a collector now, it doesn’t matter whether there are any stamps produced or not.” But it will influence how many people become collectors, as stamps become less a feature of our everyday lives: “It’s the stamps coming across the kitchen table that first attract people to the merits of stamp collecting.” Mowbray suggests that in 30 or 40 years’ time, there may not be the same kind of demand.

Stamps won’t bow out that easily though. Ivor Masters, NZ Post head of stamps and coins, says although there has been a 10 percent decline in traditional stamp collectors over the last decade (according to NZ Post’s database), “this loss is offset by increased ad-hoc collecting”. Many Kiwis bought Rugby World Cup stamps because “it was a major event and they wanted a memory or a souvenir; something they’ve related to, something they felt was important”. “We’re well placed to continue evolving and changing, and to keep the stamp relevant in today’s world,” stresses Masters.

Thematic collecting also motivates many new collectors, where stamps are sought around a theme (such as birds, or cars), rather than the traditional approach of collecting by country. “It creates a new collector market,” Mowbray says.

Keeping philately relevant for young people is a challenge—there’s a lot of hi-tech competition for their free time. You can’t update your Facebook status on a stamp album, nor can you download any apps for it. Mowbray says that stamp collecting is often more of a later-in-life pastime anyway, when you have surplus time and money. He also observes that in a world of iPhones and iPads, philately “is probably going to appeal to those who would like to do something different”.

Technology and philately aren’t mutually exclusive though; the internet makes collecting stamps more accessible for those short on time because of work or family. Steven McLachlan, president of the New Zealand Stamp Collectors Club and online stamp seller, says many 20- to 30-year-olds are active collectors online. And it’s not just a man’s game—he sells a lot of thematic stamps online to busy mothers.

Mowbray invites me along to his international auction in Wellington, where $1.6 million worth of stamps are up for sale. Before the auction, the murmur of collectors poring over price lists mingles with the tinkling of spoons stirring coffees and teas. Mowbray points out two of the headlining acts: a dull-carmine-coloured one-penny Full Face Queen from 1855, and a one-penny 1906 Christchurch Exhibition claret stamp.

When the bidding starts, the goods move fast. Mowbray the auctioneer has rhythm. He sways from side to side when the bidding rallies between two keen buyers, and his tone is a cross between a horse-racing commentator and a rapper.

Mowbray reflects that stamps are “a wonderful barometer of what’s been happening in the world since 1840, when the world’s first stamps were introduced”.

In the end the puntastic witticism “philately will get you nowhere”—prepared as a joke for the stamp experts I talked to—proves so absurdly inaccurate I keep it to myself. But eye-watering prices don’t define the essence of stamps. Mowbray reflects that stamps are “a wonderful barometer of what’s been happening in the world since 1840, when the world’s first stamps were introduced”. In a world of digital fluidity, Mowbray surmises that people appreciate stamps because they’re something tangible.

In honour of stamps, and the letters they stick to, I dig out my pad and write a real letter. My hand feels like an awkward, drunk spider forming real, inky words, but it feels good. Now to post it: how much does a stamp cost these days?